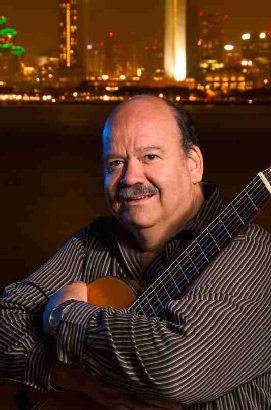 Smooth romantic style with that infectious smile! Ossie sets the standard as an accomplished entertainer who affects people of all persuasions with his music. Ossie was born in Lima, Perú and spent 30 years in Chicago before moving to San Diego, California. "Music has always been a part of my life," said Ossie. "I always admired Nat King Cole and Frank Sinatra who greatly influenced my career. Ever since I was old enough to sing along with the radio, I knew that my dream was to be a performer."

Ossie has special memories from the time he spent on playing the guitar. He was 16 years old when he entered a Star Search-like talent show and he won the first prize. And since then he has been playing for audiences with great success and composing his own music as well. He recently released a CD Mis Recuerdos that includes several of his songs and is currently working in the production of Amar en Silencio, and other projects.