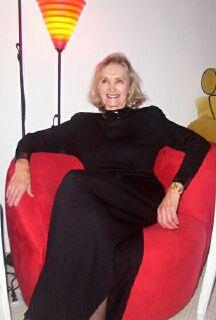 Marian began her career at age twelve. Later, she studied voice at Birmingham Southern University and the Los Angeles Conservatory of Music. Her first performances began with the Mobile Opera Company, singing roles in Grieg's Song of Norway, Martha, and Carmen. She also played Mrs. Pennypacker in the Remarkable Mr. Pennypacker with the Joe Jefferson Players. In Sari Diego, she performed in my Cousin Josefa. She has sung with the Starlight Opera, the Lyric Dinner Theatre and the San Diego Opera.

Her other roles include the Mother Abbess in the Sound of Music. Marian has also performed at Mario's Restaurant, the Imperial House and La Costa Gardens, just to mention a few.