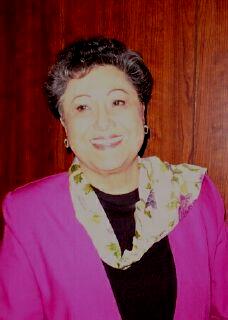 Mary Ann, a former special education teacher, took music lessons in Los Angeles, and in La Jolla with professor Dr. Giaratano. She plays the piano. Mrs. Escamilla-Beverly sang the Star Spangled Banner many times during two decades in games where the Chargers, the Gulls, and the Rockets have played. She sang for Vice President Spiro Agnew, first lady Nancy Reagan, and Muhammad Ali. She also performed the singing of the Mexican anthem in special events in various cities throughout California.

Mary Ann interpreted classical, Spanish and Latin American songs in Arizona, Vancouver, as well as in various cities in Europe. During her career she produced many operatic musicals, with artists from the Hispanic community. Her last international concert was in San Miguel de Allende, Mexico. She wrote a book Getting "It" On, published by 1st Books Library in 2003.