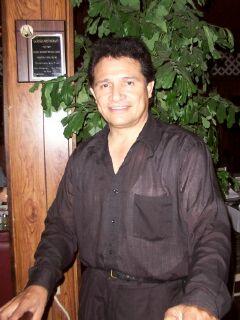 Jorge received his early vocal training at Conservatory Cathedral in Tijuana, Mexico, where he studied with Nancy Jones, and Jane Westbrook. He also studied  in a special master class with Luciano Pavarotti.  Mr. D' Soria was co- director of the Tijuana Choir." He sings  arias and international favorites  in five languages, accompanied on the piano by his wife Jewel. He performed for seven years with the San Diego Opera, under the direction of  Tito Copobianco. Jorge has executed a total of 35 operas.

He performed in the role of Borsa in Rigoletto with Towsend Opera Players in Modesto, California,  in their 98-99 season.  As a tenor he has presented concerts in Mexico City, Middleton, Connecticut, Tucson, Arizona, Turlock,  Los Angeles, and San Diego.